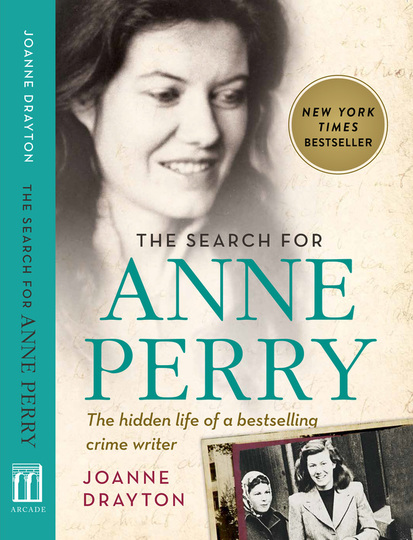 ACCLAIMED ON ITS PUBLICATION ABROAD, THIS ENTHRALLING BIOGRAPHY OF THE AWARD-WINNING AND BESTSELLING WRITER ANNE PERRY OFFERS UNPRECEDENTED INSIGHT INTO HER DUAL LIVES.

In 1994, director Peter Jackson released the movie Heavenly Creatures, based on a famous 1950s matricide committed in New Zealand by two teenage girls locked in an obsessive relationship. The movie launched Jackson's international career. It also forever changed the life of Anne Perry, who at the time of the movie's release had achieved remarkable success as a crime writer but was publicly outed as one of the murderers, Juliet Hulme. A new light was now cast, not only on Anne's life but also on her novels, which feature gruesome and violent deaths and confront dark issues, including infanticide and incest.

For this biography, Joanne Drayton was given broad access to Anne Perry and her friends, relatives, colleagues, and archives. In a gripping narrative that alternates between the story of Juliet Hulme leading up to the murder and Anne's life and writing career afterward, Drayton illuminates both parts of Anne's life, while drawing parallels between Perry's own experiences and her characters and storylines. She also gives a riveting account of the outing and Anne's response. Anne Perry's books deal with miscarriages of justice, family secrets exposed, punishment, redemption, and forgiveness, and these themes are all the more poignant in light of her past. She has sold twenty-six million books worldwide and is published in fifteen different languages, yet she will now forever be known as a murderer who became a writer of murder stories.

For the writer's many fans, The Sear﻿ch for Anne ﻿Perry offers a rich new understanding of the girl Anne was, the woman she became, her compulsion to write, her books, and her view of the world.


The Search for Anne Perry, is now available as an Audiobook at Audible.com